An environmental initiative that will deliver greater energy security and a cleaner, greener future at one of Australia’s largest beef processing plants was launched recently (Friday, March 7) by Australian Federal Industry Minister and MP for Groom Hon Ian Macfarlane. 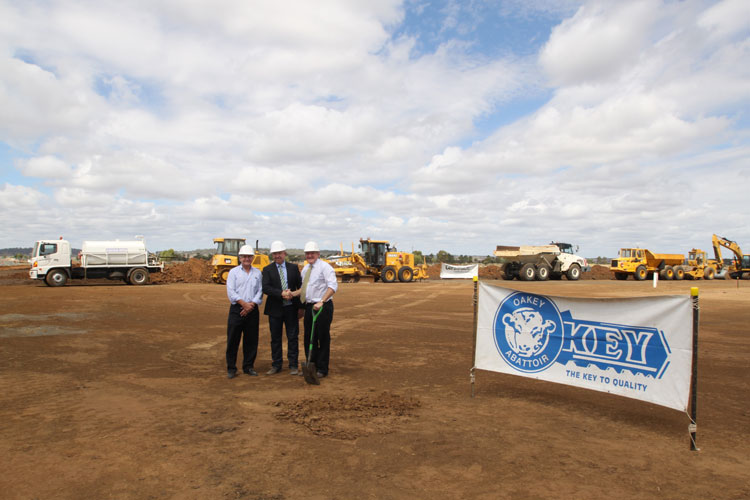 The COHRAL(TM) Covered High Rate Anaerobic Lagoon at Oakey Abattoir on Queensland’s Darling Downs will extract green energy biogas from its waste water streams to replace millions of dollars worth of natural gas currently consumed at the abattoir.

The plant is expected to repay its cost of construction inside five years through gas purchase savings amounting to many millions of dollars – then continue to deliver benefits and profitability virtually in perpetuity, says Oakey Abattoir Pty Ltd General Manager Mr Pat Gleeson.

COHRAL(TM) technology – which is applicable to both livestock and cropping operations – uses concentrated anaerobic bacteria to digest 70 per cent of the organic matter (COD, or Chemical Oxygen demand) in Oakey Abattoir’s waste water to produce effluent of far high quality than typical open lagoons.

Adoption of the technology is the result of an exhaustive selection process and the committed alliance to the environment of Oakey Abattoir and its owners Nippon Meat Packers, says Mr Gleeson. 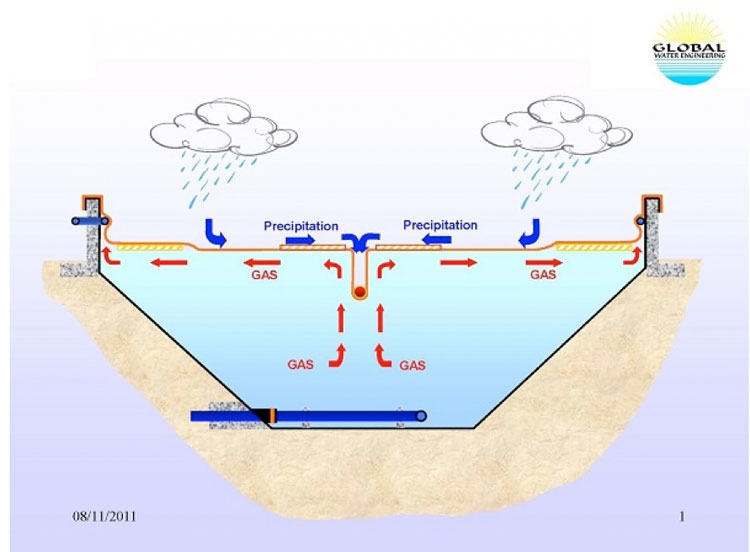 The Oakey Abattoir, which employs 750 people, adheres to Nippon Meat Packers’ strict environmental guidelines and corporate responsibility ethic as a major operator across Australia and an exporter to 34 countries.

It is an initiative that sets an outstanding precedent for agribusiness in Australia because the cost-effective technology can turn an environmental problem into profit by simultaneously enhancing water quality and lowering fuel bills.

“Importantly, it helps us to guard against future price rises in the cost of energy and imposts such as a carbon tax,” says Mr Gleeson.

Another major benefit of covered anaerobic lagoons is that the methane biogas produced within them is not only prevented from escaping into the atmosphere (where it is many times more damaging than C02 emissions) but is also harnessed to generate energy – rather than waste water being heavy consumers of energy in processing and oxygenation.

Oakey Abattoir’s plant will feature reuse of the biogas in its boilers, where it is initially expected to replace usage of about 50,000 gigajoules natural gas a year.

While GWE’s anaerobic waste water technology has been proved worldwide at more than 300 installations of totally enclosed tanks, or reactors, this is the first time it has been applied to a covered lagoon, an application where it has enormous further potential in countries with strong agribusiness sectors.

“In addition to the obvious waste-to-energy benefits, the process also helps curb odours that emanate from open lagoons in processing plants.

“This is becoming a much bigger issue in Australia as urban encroachment means agribusiness and expanding communities are located much closer to each other than previously.

“So instead of open lagoons being potential dumping grounds for environmental problems, closed installations such as Oakey Creek’s represent an outstanding contribution to good community relations.

“Yet another outstanding benefit is that anaerobic digestion produces reliable and predicable base load power – unlike some other green energy technologies, it is not dependent on the wind blowing or the sun shining.

“The environmental and cost benefits of COHRAL(TM) technology as deployed by Oakey Abattoir are outstanding and something we expect to attract world attention for agribusiness, including meat, dairy and crop waste processing,” says Michael Bambridge, whose company represents GWE anaerobic wastewater technologies in Australasia.Global Water Engineering has been a world leader in clean water and green energy solutions for more than 35 years.